Solar variations have significant influence on the Earth's space environment and climate via its magnetic field, irradiation and energetic particles. Long-term and reliable historical datasets of solar and stellar activity indices are crucial for understanding the variations and predicting the future solar cycle. Cosmogenic and radionuclides can extend our knowledge of solar variations back to the Holocene. There are a number of important and hot issues relevant to the evolution of solar activity and variability. These include, how to build up longterm consistent datasets, e.g., sunspot number and solar irradiance, how to realistically reconstruct the physics parameters, e.g., interior convection spectrum and photospheric open flux, based on the records, how to understand the relations among different indices, how to model the solar cycles based on the observed data. Furthermore, the progress in the understanding of the stellar variability and activity cycles helps us to understand the solar cycle over a much wider sample of parameters.

This symposium will bring together scientists from diverse, interdisciplinary areas such as solar, stellar, space and heliospheric physics to review the status of the different long-term datasets available across the globe. It will also provide a platform to exchange ideas on the understanding of solar long-term behavior, its effects and prediction. The Kodaikanal Observatory has observed the sun with a broad band filter in visible light (so called, "white light") and such wavelengths as Ca-II K and H-alpha since 1904. The digitization process has been completed recently and data has been made available to the global community. Thus hosting the meeting in India will provide new impetus to the study of long-term variation studies of the sun from this region.

The symposium will take place in Jaipur, India from February, 19-24, 2018. The venue is a convention center, called B. M. Birla Auditorium. Birla Institute of Scientific Research is located at Statue Circle. It's about 11 Km from the Sanganer airport and 2.5 Km from the Jaipur railway station and Sindhi Camp bus stand. The location is also popularly known as Birla Auditorium or, Birla Planetarium. It is well located in the heart of the city, so that it is within walking distance from most hotels, restaurants, and shops. 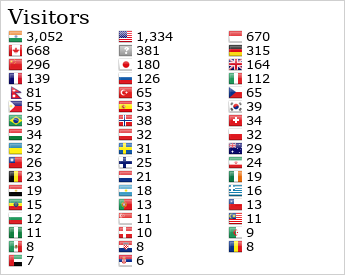