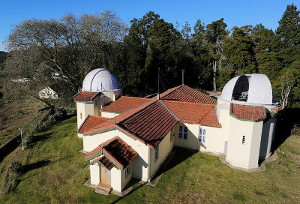 The Kodaikanal Solar Observatory (KSO) of the Indian Institute of Astrophysics is located in the beautiful Palani range of hills in Southern India. It was established in 1899 as a Solar Physics Observatory and all the activities of the Madras Observatory were shifted to Kodaikanal.

Telescopes and instruments at KSO 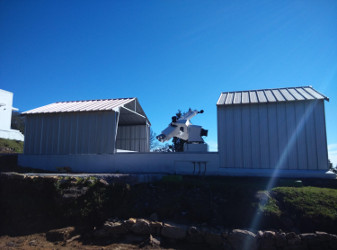 The H-alpha telescope installed at the Kodaikanal Observatory in October 2014. An objective lens of 20 cm doublet provides f/7.9 beam. With the additional optics, the telescope makes full-disk image of the sun. The telescope is also capable of making magnified view of partial disk of the sun. 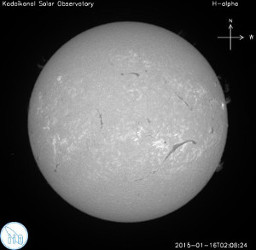 A tunable Lyot filter isolates the H-alpha spectral line. The H-alpha line center image was made with a spectral resolution of 0.4 A. With the 13.5 micron pixel CCD camera the pixel resolution is about 1.21" in full-disk and 0.48" in partial disk mode.

All the H-alpha data is calibrated. The calibrated data is available for scientific research on request. 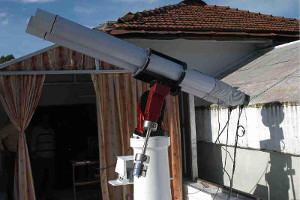 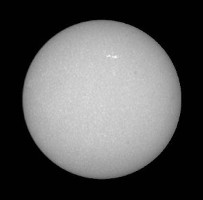 A full-disk solar imaging telescope WARM (White light Active Region Monitor) is started making the full-disk observations of the sun since January 2016 at the Kodaikanal Observatory. It has a two-mirror coelostat system which feed sunlight to the 15 cm aperture doublet. The telescope along with additional optics produces two images in perpendicular directions. In one channel full-disk G-band images (at 430.5 nm) and in the other channel red continuum (630.25 nm) images are obtained. From February 2017, the red continuum filter is replaced with Ca-K filter. The WARM telescope is making the fulldisk observations of the photosphere and chromosphere simultaneously. 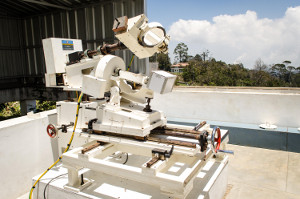 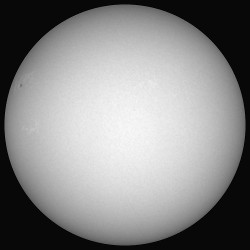 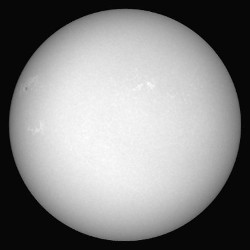 A Littrow-type spectrograph is the back-end instrument at the telescope. A 20 cm diameter, 18 m focal length achromat in conjunction with a 600 lines/mm grating gives 9 mm/A dispersion in the fifth order of the grating. Together with the 5.5 arcsec/mm spatial resolution of the image, it forms a high resolution set up for solar spectroscopy. Recording of the spectrum was made photographically in the past and at present 2k X 2k pixels CCD camera is used. 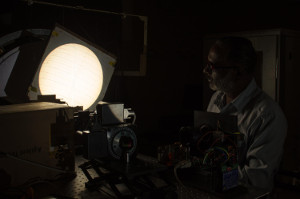 A 15 cm aperture English mounted refractor by Lerebour and Secretan, acquired in 1850 and remodelled by Grubb in 1898 to serve as a photoheliograph, is in use since the beginning of last century to obtain 20 cm white light pictures of the Sun on a daily basis, sky permitting. This telescope is functional till today and continue to take images in photgraphic films. 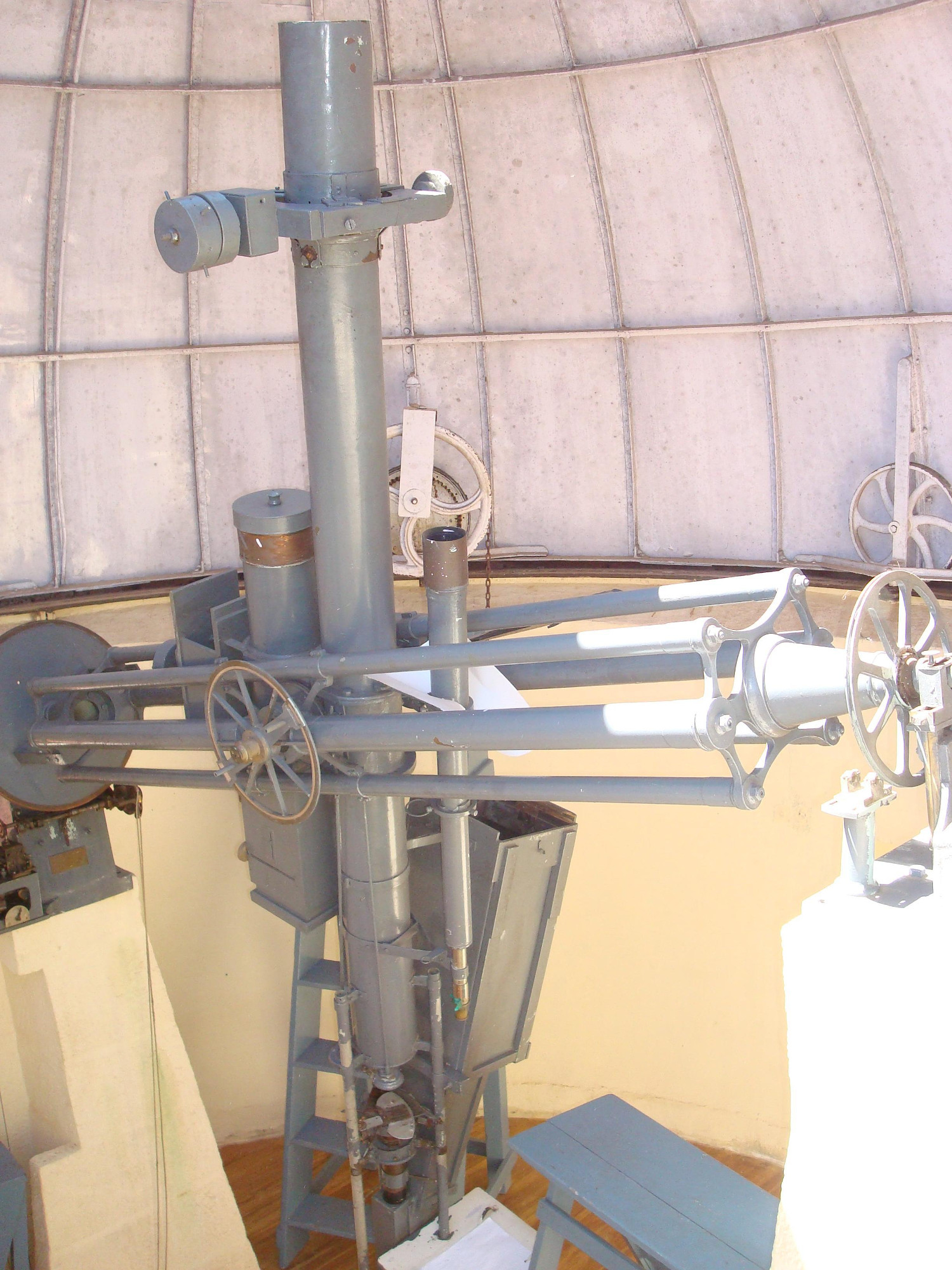 Twin spectroheliographs giving 6 cm diameter full disc photographs of the Sun in Calcium K and hydrogen alpha lines are in regular use till 1999. A 46 cm diameter Foucault siderostat feeds light to a 30 cm aperture f/22, Cooke triplet lens. The two prism K spectroheliographs were acquired in 1904 and the H alpha grating spectroheliograph was operational in 1911. Since 1912, prominant pictures over the full limb are also being obtained in K by blocking the solar disc. These observations and the white light pictures are obtained around 200 days a year. 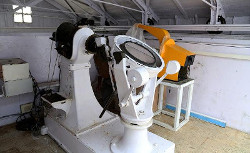 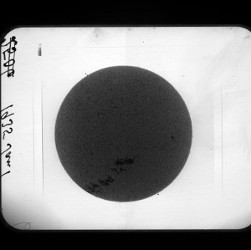 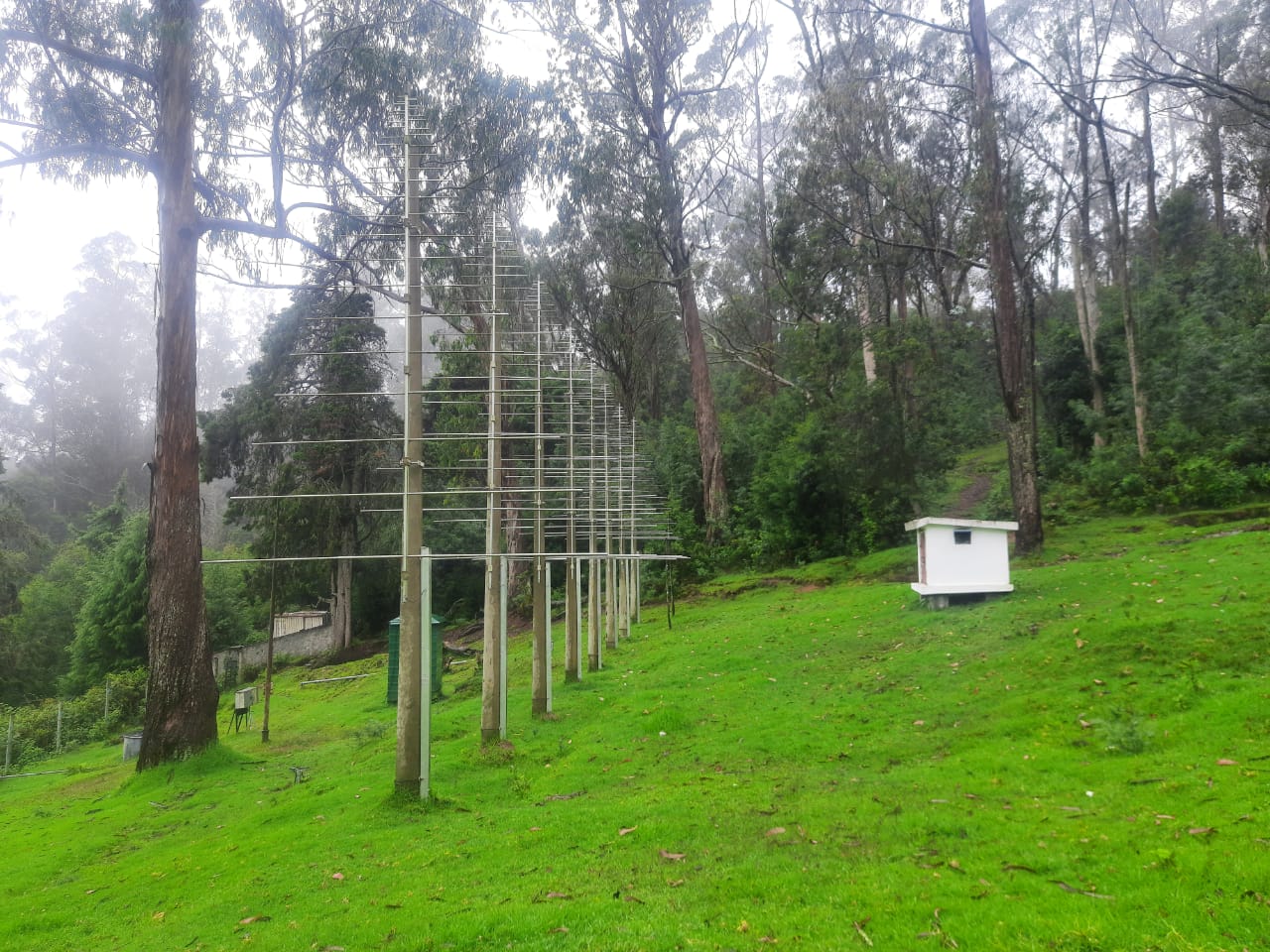 The Observatory has arranged a popular Astronomy museum on campus for the visitors. It is located 400m from the main gate. The displays are mainly pictorial, supported by a few telescope models. A live solar image and the Fraunhofer spectrum can be seen here depending on the observing conditions. It is open for all seven days including Govt. Holidays between 9:30 to 12:00 hrs and 14:00 to 16:30 hrs. Night Skywatch is also available from 6:30 pm to 7:30 pm. 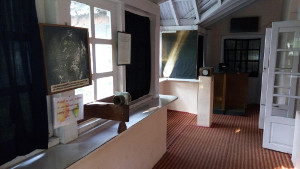